Is SpongeBob the true evil genius?

Well, I can always assume that everytime he does something stupid and annoying or when he says something obnoxious he did it on purpose.

To systematically destroy the sanity and healthy mind of everyone that hates him in Bikini Bottom.

Think about it. He acts like an obnoxious child in the most annoying and potent way in front of Squidward and Mrs. Puff. Two characters who we all know hate SpongeBob. Maybe he knew both of them hated him. So he decided to slowly torture their mental state until the verge of breakdown, depression, which leads to suicide. Well, actually we don't know if the 2 will actually commit suicide, but I'm sure it's in SB's plan. He tortured Squidward in many many episodes. Even in Doing Time. He knew Puff would love the time in jail without him. So he decided to get her out. Because he wasn't finished.

He acts childish in front of Patrick to bond with him cause he cares about Patrick. He acts delightfully normal (most of the time) in front of Sandy because she's his friend and he loves the squirrel (As a friend, fanfic writers. Don't get your butts cracked). He rather acts normal in front of Krabs, too cause he's like a father figure to SpongeBob. He never acts annoying in front of the people who cared about him.

The episode SpongeBob Meets The Strangler inadvertantly and indirectly shows his evil ways. He knew. He knew it was the Strangler all along. He joins in The Strangler's laugh. Knowing full well, the he is going to mentally torture the guy. And he did.

SpongeBob isn't a child stuck in a man's body. He's a normal young lad who loves everyone who likes him. And would do anything to bond with the people who liked him.

And will do everything to mentally murder the ones who hates him. 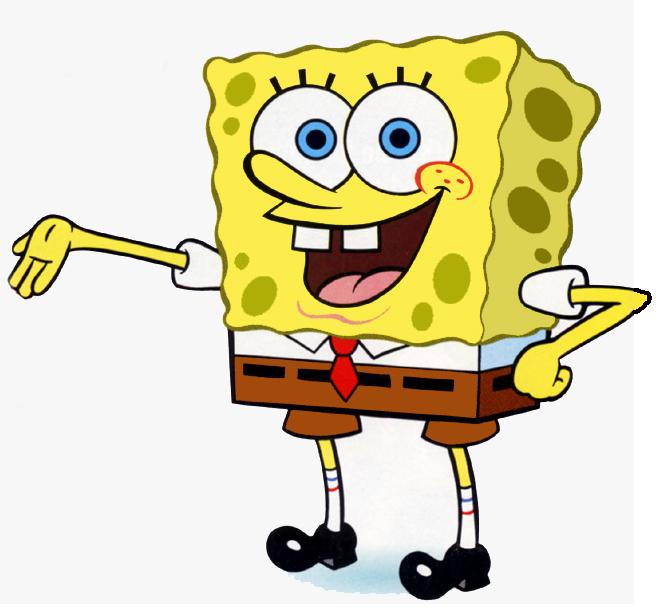 This here, you see. Is a master of psychological warfare. Willing to do anything to avenge his tortured heart. Learning the ways to drive a a person to near insanity, depression and then death. He is the hero that he himself needs, but don't deserve ...

Okay, I know this is one of my tumblr deep posts, but I'd like to see your point of view. The actual topic is :

Do you think SpongeBob is aware and conscious of his annoying actions? Does he do it on purpose to hurt people that don't like him? Or is he completely unaware that he is mentally 6 years old?

ANYWAY, maybe sometimes he's aware, but I'm sure he doesn't do it on purpose.

You were dark on St. Patrick's Day, my friend. :P

That's pretty scary to think about. And the fact that your argument makes quite a lot amount of sense makes it that much scarier.

Plankton is the REAL cute one.

What are you talking about, Roadie? SpongeBob is lovable and funny. :lol:

The fact that this makes so much sense gives me the creeps.

I don't believe this, but it's the funniest thing I've read all day! :rofl:

He's obviously he knew and in that case he's more twisted than the Sneaky Hermit in that this known hatred was used for SB's benefit. :shiftyninja:

Wow SpongeBob is the nicest one there is but inside he may be.....Mermaid Man: EVIL!!!!

I don't think he's aware that he can annoy others. He's just a fun naive sponge :)

StormAllenBryat said:
Wow SpongeBob is the nicest one there is but inside he may be.....Mermaid Man: EVIL!!!!
Click to expand...

My avatar is lying to you said:
So I'm ::dolphin noise::ing a fry cook?
Click to expand...

StormAllenBryat said:
I don't get it. ^
Click to expand...

Because his main user name Is E.V.I.L.

Don't get your mammies in a bloody twist la'.