Your Opinions of Kamp Koral

Here, you can express your opinions to the first Spongebob Squarepants Spinoff: Kamp Koral...

I think the show is good but I don't like Sandy (I think she's the worst character of Kamp Koral but my opinion could change)...

My Ratings (for today's episodes):

I kinda didn't expect Kamp Koral to be this good, but I feel like this show is enjoyable and well-written so far. Many of the jokes are great, and the plots are interesting, most likely because the plots wouldn't fit in with the regular SBSP. The episodes today are all decent, with no episodes I consider bad. I'm excited to see what the next episodes will hold!

I do have to say I do like Sandy in Hot Pearl-Tato, as she's just mostly frustrated with Patrick because he doesn't know how to play chess...

I watched it, and thought it was funny.
I even found out why Sandy is here, according to this link:

Mikurotoro92 said:
It feels very babyish like it's the "Yoshi's Story" of SpongeBob SquarePants

It should have been rated TV-Y instead of Y7 and marketed towards preschoolers IMHO
Click to expand...

The reason it's rated TV-Y7 is because of the cartoon violence...

I'll watch the video later and see what I think about it...

Though it could be because of future Sandy...

I'm glad they set up why Sandy was there. It makes much more sense that her future self was involved...this is some Zelda timeline-level stuff here!

I wonder if past Sandy used a machine to make spongebob and the rest of the characters forget about her presence in Kamp Koral then decided to come back to Bikini Bottom to see how her friends were doing...

Anyways I watched the video and I was somewhat right...

Though here's the thing, what if Plankton also communicates with his past self? Not just Sandy...

If they're willing to explain that, then my theory about Patrick kidnapping some random family for The Patrick Star Show isn't as far-fetched as I thought

Overall, I think the spin-off is pretty good, although it started off Meh, but slowly got better. The pilot had some filler and felt like it need to pad out in order to qualify as a 22-minute episode. It could've worked a lot better as an 11-minute episode followed by a pilot episode of the gang reuniting from last summer (the flashbacks in Sponge on the Run) and getting along to know more about each other, until some sort of conflict keeps holding them back. But overall, it's a good spin-off, and I thought of it all wrong. I was wrong about saying that it disrespects Stephen Hillenburg's wishes. It really doesn't (because he said he didn't see any spin-offs and not saying he didn't want any spin-offs). Good job, SpongeBob crew!

I honestly think that maybe Hillenburg did saw the production of Kamp Koral, and I also think that Hillenburg could have enjoyed the Spinoff...

Who would have thought?

so Kamp Koral is good? i might will give it a chance! 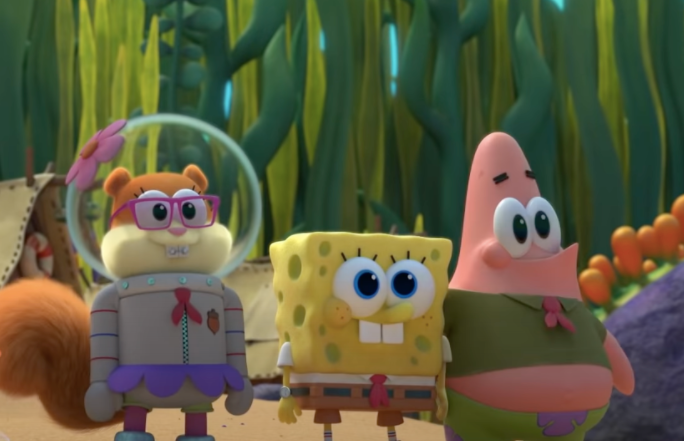 Let’s face it, Stephen Hillenburg, the creator of “Spongebob Squarepants,” was a genius. Growing up, being a fan of “Spongebob” felt like a personality trait. With its meme-worthy reactions and witty quotes, “Spongebob” is one of the most adored Nickelodeon animation series ever created. Along...

Let’s face it, Stephen Hillenburg, the creator of “Spongebob Squarepants,” was a genius. Growing up, being a fan of “Spongebob” felt like a personality trait. With its meme-worthy reactions and witty quotes, “Spongebob” is one of the most adored Nickelodeon animation series ever created.

Along with re-runs and new seasons, the new spin-off series “Kamp Koral: Spongebob’s Under Years” was intended to give up-and-coming generations a chance to experience “Spongebob Squarepants” in all its glory. However, it fails to live up to its original creative content and funny, clever one-liner dialogue.

Acting as a prequel to the original series, “Kamp Koral: Spongebob’s Under Years” follows the life of ten-year-old Spongebob (Tom Kenny, “Kid Cosmic”) and his friends Patrick (Bill Fagerbakke, “Spongebob Squarepants”) and Sandy (Carolyn Lawrence, “Spongebob Squarepants”) at a summer camp called Kamp Koral run by Mr. Krabs. In every episode, the gang does the usual camp-life activities: jelly-fishing, camp-fires and playground games.

Everything about the series seems vague. Granted, it’s a cartoon, and it doesn’t necessarily need to explain everything, but there’s no explanation of how the camp started. There are no events leading up to this moment of Spongebob’s life. And there’s no explanation on how Squidward became a part of this camp as the janitor or how Mr. Krabs is the head counselor while his arch-nemesis from the original series, Plankton, is the cafeteria worker. The character’s personalities are so different from what Spongebob fans expect from the characters. Everything seems so randomly placed that it leaves you wondering how this supposed prequel is the basis of the predecessor.

One thing that stood out was that Spongebob’s iconic laugh was completely bizarre, and not in a good way. While this might seem minuscule, a trait that is a defining feature of the protagonist should live up to what makes it such an iconic feature.

The show isn’t disgraceful, but it definitely feels different. It’s missing that spark that made the original “Spongebob Squarepants” stand out. There’s no slapstick comedy or meme-worthy moments. The computer-generated design throws everything off and takes a while to get used to if you’re a regular watcher of “Spongebob.”

Admittedly, “Kamp Koral” is cute and appears to be targeted toward a younger audience. It’s a shame considering so many young adults are fans of “Spongebob” but this series doesn’t acknowledge that audience.

If the show creators wanted to introduce a spin-off of “Spongebob,” perhaps sticking to its niche would have been more successful. As a “Spongebob” fan, the series was a huge disappointment. Some things shouldn’t be touched, especially classics like “Spongebob.”

If you need something playing in the background while doing chores or other activities, this show’s the one. Still, “Kamp Koral: Spongebob’s Under Years” was not needed for this beloved franchise.
Click to expand...

Overall Kamp Koral is just meh but still unnecessary after watching the first few episodes. The animation feels like FanBoy and Chum Chum. As of now I will just stay with the main series until I see a spin-off that is actually worth watching.