Well, we're back with a new top 15. And as the titles says, we're talking about Squidward.
All of you know this character well: bad-tempered, moody, pessimistic and self-centered character who has also flaws... But this time we're going to analyze an aspect of a lot of SB episodes: the so called Squid Abuse. Sometimes it's done well, but sometimes... just shouldn't exist. And that IS the main goal of this list, in fact we're going to analyze the 15 episodes which had the worst Squid Abuse. And it's not all.
P.S.: for each entry of my list we're going to also include the specific type of abuse.
P.P.S: much to your shock, Good Neighbors isn't in my list, since it can be considered as AVERAGE Squid Abuse. Don't get me wrong, I still think it's a bad episode.
So, without further ado, let's enter the meanderings of Bad Squid Abuse. 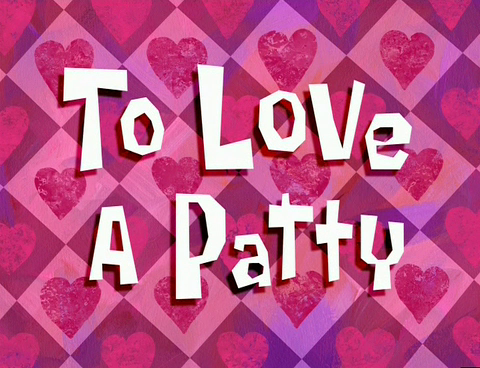 I didn't say I was going to include ONLY episodes I consider bad. In fact I'm talking about BAD Squid Abuse, and not about BAD episodes.
As for BoFF, we can call it INDIRECT Squid Abuse, even though it had that role reversal and Spongebob envying Squidward, but it still has some Squid Abuse.
For example, Spongebob getting mad at Squidward during his party, making him cry is basically a Squid abuse scene and also the beginning scene... yeah, it's a normal annoying routine.
Furthermore, after that scene, I believe Bikini-Bottomites should have gotten angry at Spongebob for making him cry for two simple reasons:
1) In Fools in April Squidward made up a severe prank on Spongebob, making him cry, and Bikini-Bottomites got angry at him. So, following logic, they should have done the same in BoFF.
2) In Little Yellow Book Squidward was reading Spongebob's secret diary to them, and eventually laughed at him. However, after Spongebob crying, they decided to get mad at him, even though they had laughed at him some minutes before... such hypocrisy.
Therefore, Spongebob getting mad at Squidward was a reasonable reaction, but he shouldn't be exempt from being scolded. Coherence, where and how? 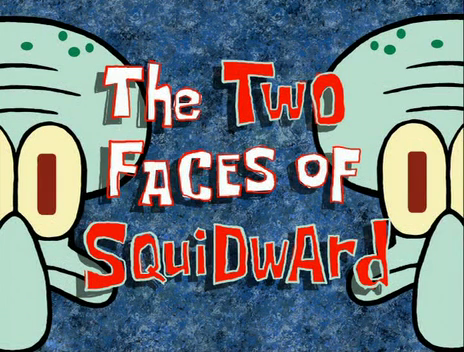 It's another season 5 episode and involves Squid Abuse, but not an average one. For example, Spongebob slamming the door in Squidward's face isn't Squid Abuse, because it's only an accident. Or again, Bikini-Bottomites chasing his """handsome""" self is no Squid Abuse. It's an embarassing situation, nothing else.
However, from the middle to the very ending, we have SPECULATION Squid Abuse and whose fault is it? Krabs', of course. He wants to take advantage of Squidward's """handsomeness"" to make more money... geez, that's original. I guess selling Patties wasn't profitable enough.
That kind of abuse reaches its pinnacle at the end: Squidward is back to his normal self, Bikini-Bottomites indignantly walk away and Krabs doesn't want them to go away, so he keeps slamming the door in Squidward's face... yup, it's clearly a Squid Abuse sequence.
Personally, that scene ruined the episode, Krabs is so annoying and I just loathe the fact writers seriously thought that slamming the door in his face again would be funny... JUST NO, IT'S IRRITATING. Seriously, enough of that.

Hint for #13: how about Annoyance Squid Abuse?

Honestly I loved "The Two Faces of Squidward." That last scene wasn't great, but it's fairly mild, and the rest of the episode is absolutely hilarious to me.

Kelpy G. said:
Honestly I loved "The Two Faces of Squidward." That last scene wasn't great, but it's fairly mild, and the rest of the episode is absolutely hilarious to me.
Click to expand...

I don't hate TTFoS. This list is about BAD Squid Abuse and not about bad episodes. In fact it contains even meh episodes.
Its purpose is analyzing HOW and WHY these episodes made Squid Abuse so badly. 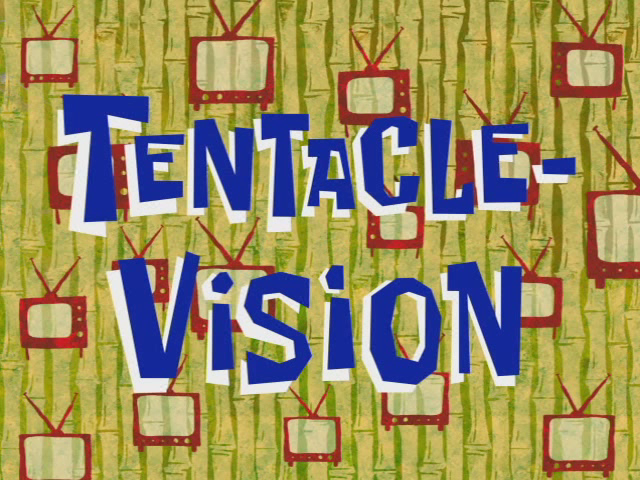 ANNOYANCE Squid Abuse.
It apparently sounds like an average annoyance routine, but it's slightly more complex.
Squidward decides to make his own TV show, but Spongebob and Patrick spoil his plans. And it's not all, since we're talking about Annoyance Squid Abuse, therefore even the OTHER characters steal his show and kick Squidward out of it. That was totally random.
Nothing else to say. I hate this episode and despise this type of Squid Abuse.

Hint for #12: Backfiring Squid Abuse from a pre-movie episode?

Tentacle Vision was good. Next is Opposite Day, which I definitely agree with.

Pinhead Larry said:
Tentacle Vision was good. Next is Opposite Day, which I definitely agree with.
Click to expand...

Sorry to disappoint you, but it's not on my list. #12 is a pre-movie episode, but not Opposite Day.

Location
Rochester, New York State, The United States Of Am

I never got why so many people liked Tentacle-Vision. It starts out kinda funny but it gradually becomes awfully annoying and repetitive, wasting a good premise imo.

Is Culture Shock next?

Honest Slug said:
I never got why so many people liked Tentacle-Vision. It starts out kinda funny but it gradually becomes awfully annoying and repetitive, wasting a good premise imo.
Click to expand...

I know what you mean. When I watched it for the first time in a Season 7, marathon, it didn't give me high hopes for the season. It's one those episodes that starts out at a general mediocre level that could only be done from the middle of Season 4 to the middle of Season 8, then it just...dissolves. It's like placing an egg on a frying pan and watching it burn without flipping it. It's literally half-baked towards the end.

I hate this episode and despise this type of Squid Abuse.
Click to expand...

Culture Shock isn't on my list, either. It's a different kind of Squid Abuse, but it's done quite correctly and is put on a well-shaped concept.

Is it "Club Spongebob"? 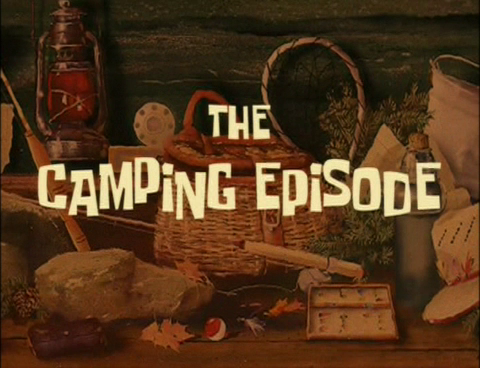 Why this one and not Club Spongebob? Apparently both share a similar kind of Squid Abuse, however this one made it worse.
I like to call it BACKFIRING Squid Abuse, as everything Squidward does, always backfires.
I'm not gonna lie, this scheme is really repetitive. There's no twist or turn of events. It's always Squidward getting the worst. And of course, the sea bear scene isn't that funny because this episode basically makes the same mistake as Ripped Pants, and also manages to make it even worse: there's a massive gap between repeating a gag and repeating an unfunny sequence.
Plus, I don't think it's necessary to mention how this episode is so overrated and also kinda stupid. I mean, nothing bad happens to Spongebob and Patrick just because they sit down on a CIRCLE... at least Club Spongebob only had that annoying shell.
This also proves that even pre-movie episodes can't figure out how not to do unfunny Squid Abuse.

Hint for #11: is it possible to ruin an episode thru Outlined Squid Abuse? 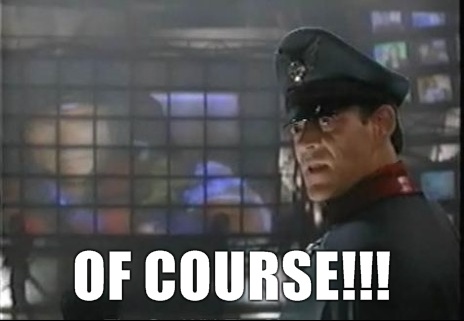 Location
Rochester, New York State, The United States Of Am 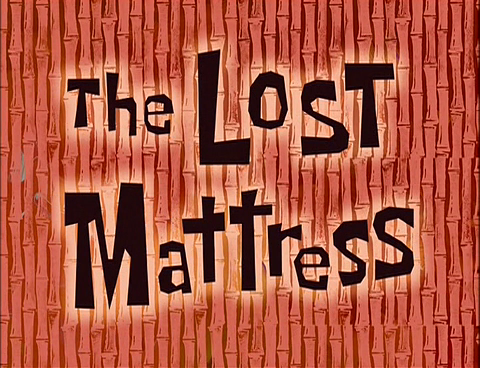 Sigh. I really wanted to like this episode. The plot isn't even that bad, it's not the best one ever, but it might work. The jokes are even okay.
IF ONLY... writers had forgotten about Squid Abuse, more specifically OUTLINED Squid Abuse, we'd be talking about a whole different episode right now.
This kind of S.A. works through different scenes within the episode, and basically is FILLER. Why filler?
Try watching this episode without Squidward torturing scenes. By overlooking those scenes, this episode wouldn't change, because they are unconnected with the plot.
Now you understand why I decided not to include Good Neighbors on my list: it was bad, but at least its core was Squidward's character, and in that case Squid Abuse was actually more justifiable (you have no idea how I'm forced to admit it).
On the other hand, Squidward isn't the main character here, since it focuses on something belonging to Krabs, and unfortunately they still decided to put in random Squid Abuse because they persist to consider it amusing.
Furthermore, it was a prospectively good episode and they decided to ruin it anyway. I still believe that if they had taken off Squidward from this episode, its plot would be exactly the same. His presence is honestly not that necessary, as S.A. cannot work with this kind of episode AT ALL.