A new SpongeBob event, "SpongeBob Medal Mania", is coming to Nickelodeon on every 7:00 PM to 8:00 PM EST from July 26th, 2021 to July 30th, 2021. In this event, QR Codes will pop up on screen during some episodes, and players can use the Nick Play app to scan them for rewards. This will include the airing of TPSS episodes The Haunting of Star House and Stair Wars on the 30th as well. The screenshots for the episodes in the event have been revealed on the SpongeBob wiki, photos taken by ElementalCards:

July 26th (also the SpongeBob Bloc errors are still there): 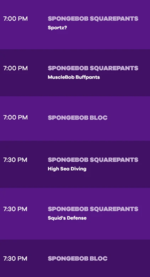 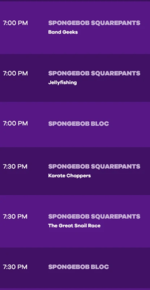 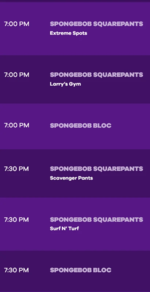 July 30th: The Patrick Star Show episodes "The Haunting of Star House" (premiere) and "Stair Wars" (rerun) will be airing with the event, and it will only be 30 minutes on this day (until the end of TPSS episodes).

Everyone's cashing in on the Olympics

Mikurotoro92 said:
Everyone's cashing in on the Olympics

Nickelodeon should go the extra mile and air "The Fry Cook Games"
Click to expand...