After 2 weeks of voting, I have counted the results. I am ready to gradually reveal which episodes you voted for as the best of the best from seasons 5-9! For every episode there will be a title, a ranking, a picture, and a positive review someone posted of it in its episode discussion. Also, any ties in points were decided by the episode's SBM score. Before I begin, let me first thank the people who voted:
BegelsinEurope (both rounds!)
Big Meety Leedles (both rounds!)
Furret 24
Danke To You (both rounds!)
Spongebob Griffbob
Web Surfer 2.0
More_Spongebob_Sandy (both rounds!)
daud 2001 (both rounds!)
Tuba 95
Tstarr
I couldn't have done it without you guys!

#25 The Wreck of the Mauna Loa 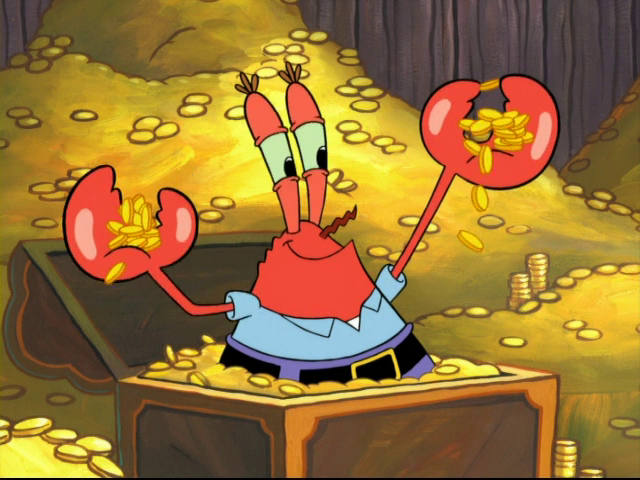 "I thought this episode was better than Krusty Dogs. It's one of my favorite season 7 episodes. The plot is very crreative, the episode is funny and Mr. Krabs gets what he deserves at the ending. Some of the funny parts are SpongeBob making aa model of Mauna Loa with Krabby Patty meat, Patrick wearing "Follow Me to the Mauna Loa" shirt and SpongeBob and Patrick finding the real Manua Loa shipwreck at the end. Overall another excellent episode for the second half of season 7. 10/10"
-SB_DW_Fan, 2013

The Wreck of the Mauna Loa was great. Happy to see it on here.

TWotML is overrated IMO. Will be following. 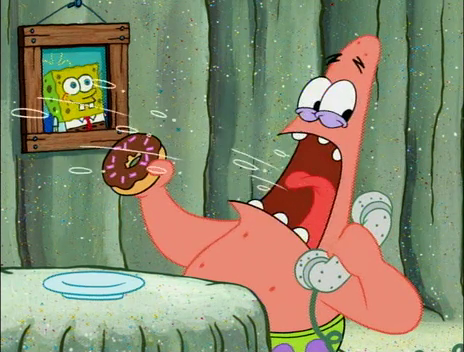 "This episode is pretty good. The ending is pretty gross, I must say. But other than that it's quite entertaining for a short. This often happens to me, I don't want to tell someone something because I am afraid they will get upset, but they stay calm after I tell them. :P The 'stay up after 8 o'clock' joke always gets me! It's overall decent for a short. :)"
-EVSPONGEFAN, 2014

DO I NOT LOOK HAPPY TO YOU

Mauna Loa: Good, but i wouldn't put it here
Donut of Shame: Higher
Also, you're welcome 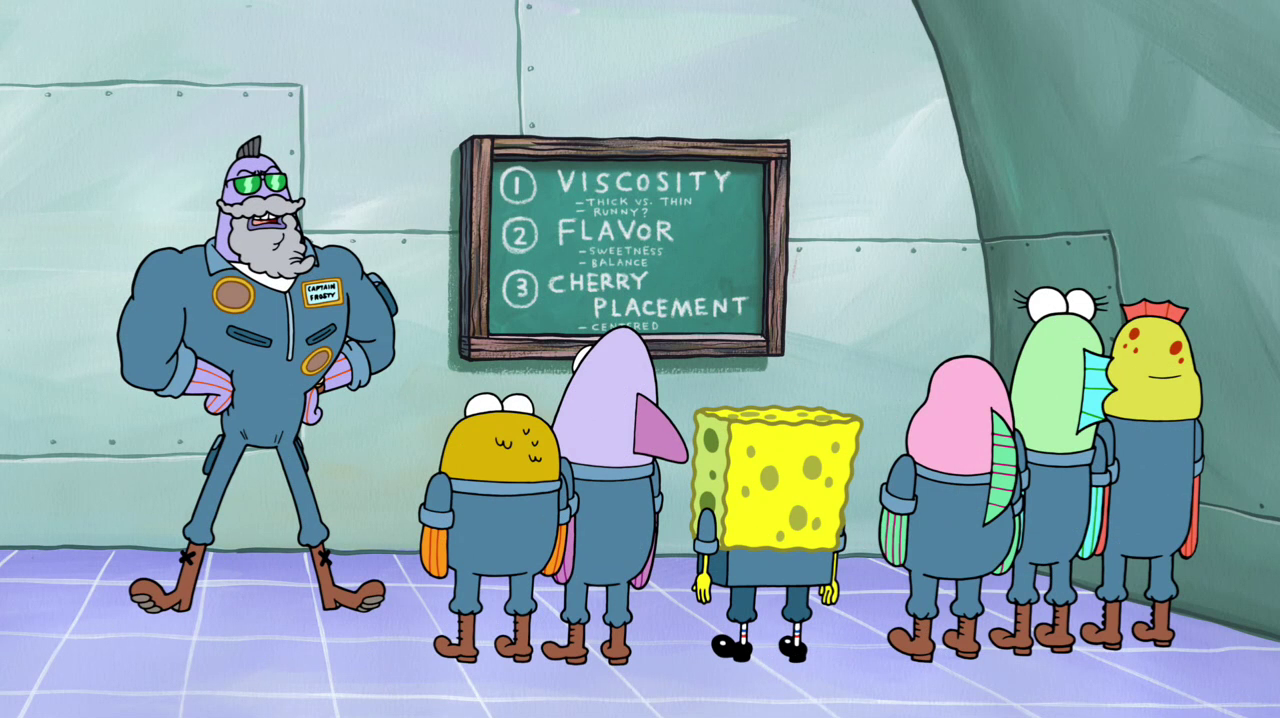 "I felt like this episode had a 80's vibe in it and I thought it was a cool twist. There was new characters and background fish which were cool, it's nice to see new background fish. Rock montage music? Seems like something from Regular Show to me. The scene with SpongeBob riding a motorcycle was completely awesome! I liked the reference SpongeBob made to his driver's license at the end. Also the title card and the "Twenty Years Earlier" card were both colorful, I dig these new cool cards. 8.9/10"
-Cha, 2012

Both Donut of Shame and License to Milkshake deserved a spot here. I like how you use other people's reviews instead of making your own.

Donut of Shame is good, but License to Milkshake, although good, is overrated

Big Meaty Leedles said:
Donut of Shame is good, but License to Milkshake, although good, is overrated
Click to expand...

Thats how I feel about a lot of eps. I mean I like Life of Crime, but it's overrated.

BagelsinEurope said:
Thats how I feel about a lot of eps. I mean I like Life of Crime, but it's overrated.
Click to expand...

Was that a shot?

Big Meaty Leedles said:
Was that a shot?
Click to expand...

BagelsinEurope said:
no I think LOC is overrated but hilarious so it's like 7/10 good but not great IMO
Click to expand...

Well at least it can fly! AHHHHHHHHH!!!!! Okay, it still can't do that.

BagelsinEurope said:
Both Donut of Shame and License to Milkshake deserved a spot here. I like how you use other people's reviews instead of making your own.
Click to expand...

Thanks! I thought that would be better since this is everyone's list.

DO I NOT LOOK HAPPY TO YOU 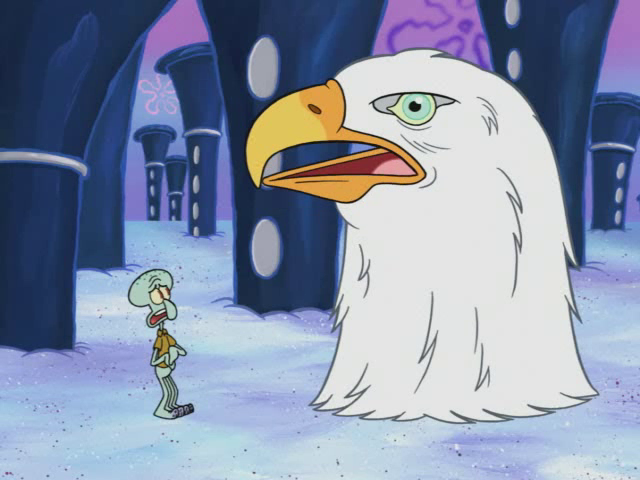 "for some reason this episode made me smile. maybe it was how spongebob kept making the locker bigger or bigger, or how he kept teasing Squidward. maybe it was the paranoia Squidward was having. maybe it was the giant eagle head (I swear I'm missing a reference here). maybe its the overall reference to alice in wonderland. but it makes me smile none the less. 9/10"
-OldFanNewSkeptic, 2012

I love Squidward in Clarinetland for its surrealness.

i agree with OldFanNewSkeptic on this one.

Squidward in Clarinetland was a nice kind of different for SpongeBob. 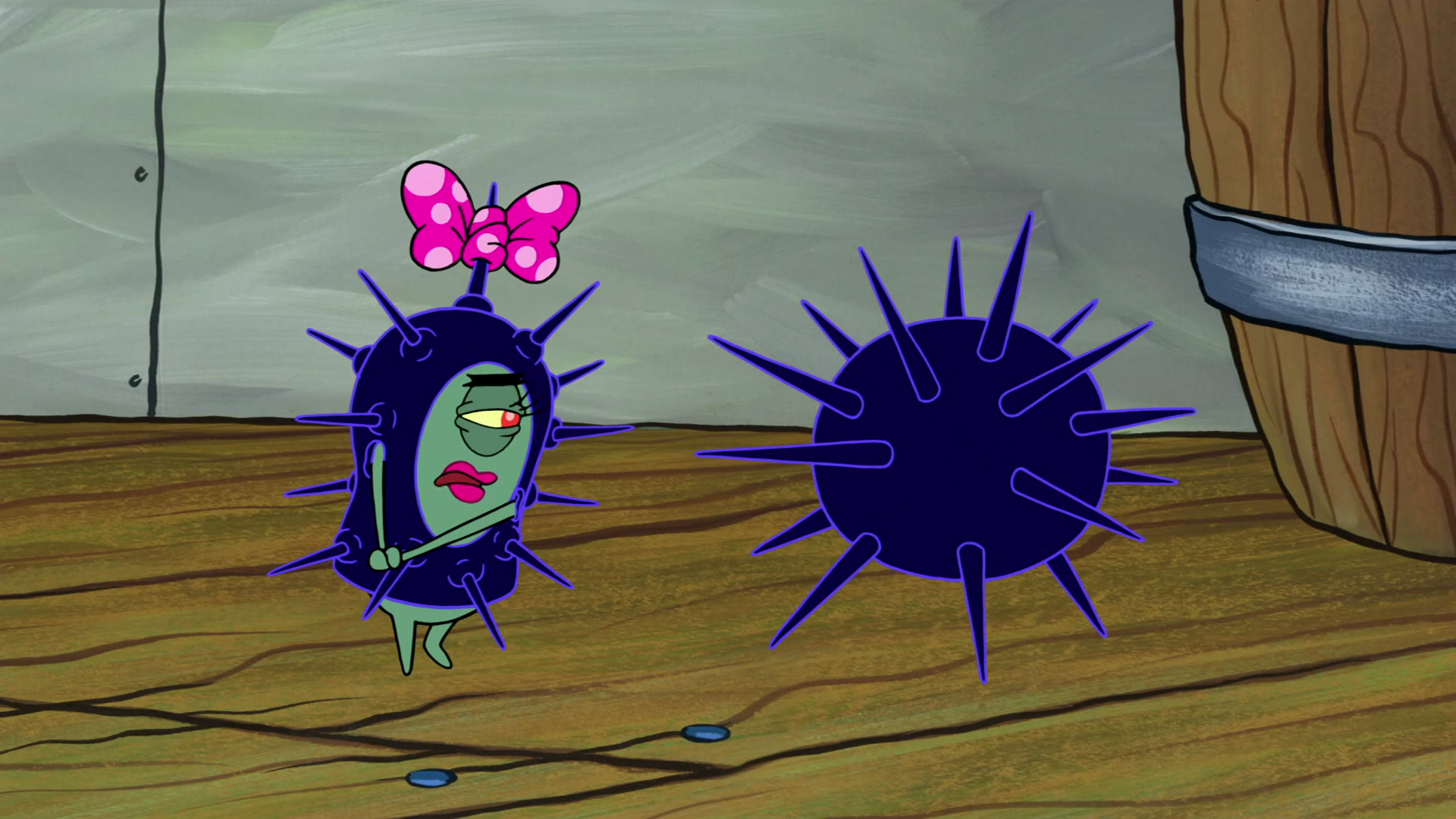 "This one was definetly better than Patrick-Man. First of all it was funnier, like the part when Plankton had to dress up like a lady Urchin. That was hilarious!! I liked the idea of this episode because the writers made such a simple plot, so funny and enjoyable. This time, we actually get to see Plankton and Mr.Krabs work together. Finally!!!! Overall, this was a great episode, so I give it a 9 out of 10"
-htpokepack, 2012 (TV.com, couldn't find one on SBM)