So, we all know that the movie takes place at the end of the series and that Help Wanted takes place at the start, but everything else is a bit of a mystery, when you think about it. In some cases, the way the characters act in a Season 6 episode seems to be more childish, or younger, compared to a Season 2 episode. And then I got to thinking- What if they were younger?

So my theory is this: Going by a basis of how the series is written and how childish a character appears, the show goes in an almost reverse order. Key episodes like "Help Wanted", "Plankton!", "Boating School", and "Jellyfishing" all do happen at the start as intended (and this is alright, as SpongeBob is largely the same in these earlier episodes as in the less egregious Season 5-7 episodes), and then, from those pinnacle Season 1 episodes, the show goes in an order like this.

And it makes sense. Episodes that do later get referenced like Bubble Buddy and Suds would take place with the Key Season 1 episodes, and other episodes where SpongeBob is less acquainted with things like Nature Pants also take place during that time. This way, the show works so much better. Character actions make more sense because it's literally watching SpongeBob grow up from being an annoying kid to becoming a young adult, Patrick slowly becoming less stupid, Squidward becoming more tolerant of SpongeBob, Mr. Krabs becoming a cheap old man to a slightly less cheap man and eventually a father figure, and watching Sandy eventually stop using Science altogether. Even Mrs. Puff gets slowly more tolerant of SpongeBob as time goes on, her breaking point being Demolition Doofus, and afterwards she calms down and just accepts that SpongeBob is a terrible driver. It even makes sense in relation to Krusty Love/Summer Job because Mr. Krabs wouldn't remember her from all that time ago, but he did express interest in dating her in Summer Love for a minute, right?

Episodes like License To Milkshake still work because it still takes place after Yours, Mine, And Mine, and even episodes like Clash Of Triton in backwards relation to Neptune's Spatula make sense because perhaps Neptune is more sprivy after reuniting with his son. The numbered Mermaid Man episodes would happen in the correct order, with the crappy, pre-Season 8 non numbered ones happening first (although MM&BB 1 would take place with the key S1 eps. the MM&BB saga would probably need special re-organization to make perfect sense going backwards, but it's possible).

I'm going to try and make an episode-by-episode timeline in the future, because the episodes just make so much more sense this way. What do you guys think?

That does seem to work actually. :)

Makes sense to me.

Take it to the Top!

I don't think the movie would be last because in the movie, Plankton states he's never had one customer yet in later episodes, he's had plenty like in Chum Caverns. (Something minor though) Then again, The Krusty Krab 2 didn't appear in any other episodes

It's simply because the show just has terrible continuity so for me, I don't believe the show's episodes go in any order.

SpongeyKid said:
I don't think the movie would be last because in the movie, Plankton states he's never had one customer yet in later episodes, he's had plenty like in Chum Caverns. (Something minor though)
Click to expand...

I think Plankton meant by "not one single customer" was by meaning one customer that liked his food.

Nice theory, yeah I've heard about the post movie being first before. Your chart does make sense because mostly season 1 was about simplistic things. I think no matter what we'll have chronological errors.

The only thing that doesn't make sense about it is the size. Why would Spongebob be larger when he is younger? Other than that, this is a great theory.

Wow. This is brilliant and actually makes a lot of sense too. It always puzzled me how SpongeBob's voice got higher after the movie and how he and Patrick tended to act more childish in certain seasons than others. It can also be attributed to what each individual writer/board artist brings to the show with their POV.

That One Random Boss

Mascot of the Real Nep

In all seriousness, this is a very interesting theory. I feel like the timeline is scattered about like a cattle field. This is pretty interesting to think about too.

This really does make sense :) Season 6 does feel as if it takes place before most of Season 1

Doowopasaurus said:
The only thing that doesn't make sense about it is the size. Why would Spongebob be larger when he is younger? Other than that, this is a great theory.
Click to expand...

Then Patrick's "have you been dieting" line in Your Shoes' Untied would make sense.

I pretty much agree with this theory of yours. Then again, there's some episodes where things have a conclusion where you don't imagine anything after the episode, like in Dying for Die or Sandy's Rocket. But putting that aside, I think this is a big possibility in the plot.

My timeline theory: there isn't one.

HarryPotterLives said:
My timeline theory: there isn't one.
Click to expand...

Yes! Sometimes no continuity has its advantages, and SpongeBob really does work best with little to no continuity.

HarryPotterLives said:
Yes! Sometimes no continuity has its advantages, and SpongeBob really does work best with little to no continuity.
Click to expand...

HarryPotterLives said:
My timeline theory: there isn't one.
Click to expand... 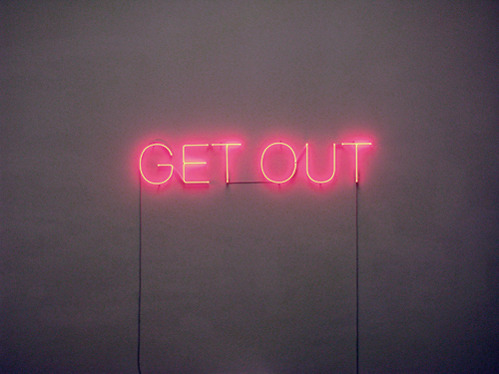 This makes too much sense, Jibbix. One thing I need to mention is, would there have to be key season 2 and season 3 episodes? The includes Bubble Buddy, considering he didn't even debut in season 1. So would you have to change key season 1 to key pre-movie?