Hey everybody, and welcome to... this I guess.

So the reason I chose the Beatles for this project is because, when we think of the greatest band, for some reason it's always them. And when we think of overrated bands, some people also think its them. So to take a side on this position last year, I've decided to review every single Beatles album. But I ran across a few problems:

1. Bands in the 50s and 60s were more singe-oriented than album-oriented. So that means big Beatles songs like Hey Jude, I Want To Hold Your Hand, She Loves You etc., were actually released on a studio album, which made talking about them much more difficult.

2. Next was how I was going to rate them. I was originally going to score them out of 100, but then I remembered some Beatles songs are REALLY hard to review. Number 9. So I'm just going to steal from PieGuyRulz and do:

Basically the format will be like this:
1. Background info behind the album.
2. Review of each song. Includes non-album singles.
3. Recap.
4. Ranking of album + songs.

Now without further to do, let's start with Please Please Me!

The year is 1962. A manager, known as Brian Ebstien, stumbles into a club known as The Cavern. A group known as "The Beatles" were set to perform at a lunchtime concert. Immediately, Ebstien was fascinated and a month later, he became their manager. And then a YEAR later, they were right at EMI Studios recording their first album, which would be called Please Please Me. Yup, it all starts here.

Now the album was recorded in a single day and mostly consisted of song The Beatles played live, which was because of time constraints. Gee, I wonder why.

Now this album has received a ton of praise from magazines like The Rolling Stone, who said it was the 39th greatest album of all time. Now if that's not a high enough spot for you to take a listen to this album, how about the fact that it's only the Beatles first album. I'm certainly intrigued, so let's take a listen to Please Please Me.

did you take a listen yet it's been 4 hours the album is 32:45 minutes long it shouldn't take that long

ok now it's been 8 hours are you slacking off boy?

Our first track is I Saw Here Standing There, and I'm sure many diehard Beatles fans just sink into their seats when they hear the 1, 2, 3, 4 at the beginning of this song. For a first track, you can't ask for any better of an introduction than this. This song wastes no time in getting you pumped up and just getting right into things. Paul McCartney, who sings lead on this, is really fantastic vocally and his performance here still holds up 13 albums and over 200 songs later. What's so impressive about this song is the timeless feel to it. You can just hear that chemistry the Beatles have through this track. George Harrison's guitar solo is great and keeps the pace of this going. And speaking of pace, Ringo Starr pretty much leads the way in that regard. Not only is this song GOOD, it's fantastic. It stands the test of time and should continue to do so many years from now. Going back to Rolling Stone, they ranked this as the 139th best song of all time. I'm certainly not alone when I think this song is brilliant.

Anyways, back to this song. It's one of the few early pessimistic or downbeat Beatles songs, in which it tries to convey a melancholy feeling, if you know what I mean. Now the weird thing is that it is lyrically depressing, the music to this song is actually pretty upbeat. Now normally I would have a problem with that, the musicianship on this song is so outstanding, I honestly don't mind. That's why I'm calling this GOOD.

The Beatles got away with a lot of stuff that most artists cannot pull off. This is a prime example. What really makes this song stand out to me though, is that piano medley by their producer George Martin. It honestly compliments Lennon and McCartney's vocals so well, and speaking of their vocals, this is one of many songs where both Lennon and McCartney sing lead. Talk about versatility.


Our next song is Anna (Go To Him) and this is going to be the first cover I'm going to discuss. Now this song was originally made by Arthur Alexander, who's a pretty famous songwriter, but his version didn't quite make enough noise on the charts. Fortunately for him, John Lennon was a fan of this track, and the Beatles decided to cover it.

Now the interesting thing about this cover is that The Beatles, a rock band, are attempting to cover a soul song. THIS is what intrigued me the most about the Beatles in particular. It was their ability to incorporate so many different genres successfully. Now in this song's case, they do it justice.

It actually has a lot more pessimism than the last track because not only are Arthur Alexander's lyrics depressing, but John Lennon sings it so well and honestly conveys that misery well.

The instrumentals, much like the last track, are also done very well to conveying that sadness. I really like that guitar riff in particular because it just sets the sad mood of the song so perfectly. Now this one is easy. It's certainly GOOD.

Song Number 4, Chains, is up next. Funny how they start the album with two Lennon-McCartney originals, then immediately go to two covers. It's a nice balance for sure.

So this song marks the vocal debut of George Harrison. Yup, he sang on Beatles songs as well. His singing voice early on was subpar, but really improved in their later albums. In this song, I think he does a pretty solid job, alongside with the vocal harmonies from McCartney and Lennon.

This song to me though, is just OKAY.

What, you though I was going to give every Beatles song a good rating? Well, surprise surprise, that was not going to happen because this band, contrary to what some people think, did put out several okay songs from once in a while. Now this one isn't bad, don't get me wrong, but it just doesn't leave a lasting impression.

While the harmonica by John Lennon is really amazing, and it will always stick in your head, it's just okay by everything else. It's really just your standard 3-chord song that doesn't go anywhere. That being said though, it still sounds good and there are definitely a lot of people who really like this cover. It's not bad in any way, but it's just not interesting enough to me.

Next up is Boys, which makes 3 straight covers. Now this is definitely interesting in the same sense that I Saw Here Standing There was, and that's mainly because it has the same elements that made ISHST such a hit.

This would mark the debut of Ringo Starr as a vocalist, and while he is more limited than George Harrison, he does a fine job on most of his songs, including this one.

The musicianship here is great as usual with a solid performance from Ringo Starr keeping the upbeat pace, and the other Beatles backing vocals. It's certainly a GOOD song, but I do have one problem with this one, and that's the solo. While I did say the musicianship was pretty good, the solo was pretty weak. At times it's just a bunch of short notes, and compared to the rest of their discography, it just doesn't hold up.

But that's just me obviously. I'm sure others like it, and overall it doesn't hurt the song too much.

We get back to Lennon-McCartney originals with Ask Me Why. Now if there was one word I could use to describe this song, it would be simple. The first time I heard it, I thought, "Is that it?" But I must've only paid attention to the lyrics because, musically, this song is pretty impressive. Each verse ends differently and the bridge is just fantastic. It's a GOOD song.

Mixed with John Lennon's brilliant vocals, this song certainly sounded like single material. And sure enough it was.

While the song isn't quite special enough to really stand out in the Beatles catalog, it's a neat hidden gem that certainly showcased how great the Beatles were at making simple songs work. 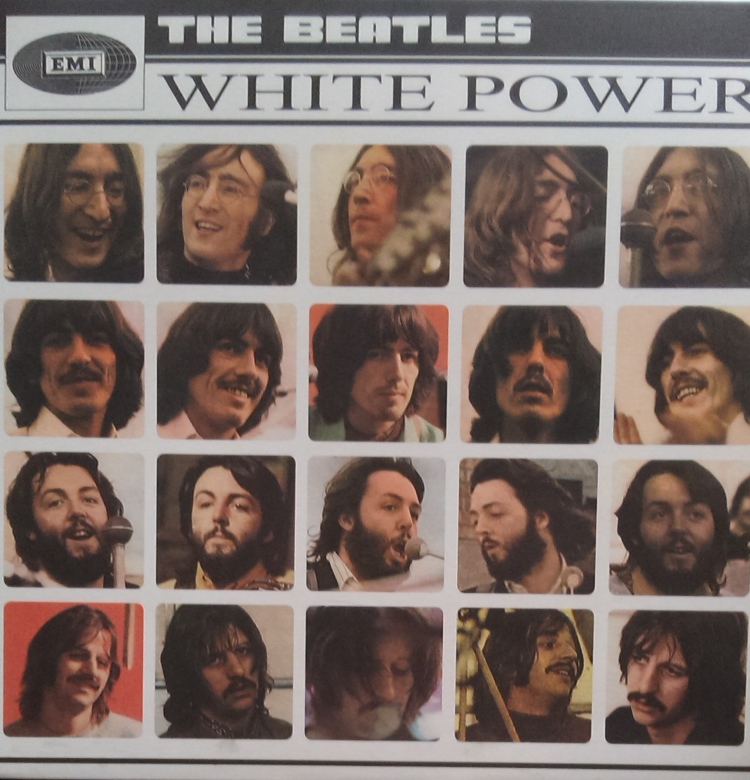