I think this was the weirdest episode in the whole series, but i had to admit it has very good animation and visual humor, like the first movie. Unfortunately the story was very weak. Hopefully season 10 will improve the writing.

This episode was just...fun. I LOVE the direction they took with how zany and cartoony it all is, and the episode's weirdness balances it even more. 9/10, because while it was great, there wasn't much of a conflict, just them having fun, which still isn't bad though

I want to see the episode

Like I said in the Season 10 topic,i'm gonna give this episode a 5/10.It's just too zany,cartoony,and werid.Also,I don't like the new animation much,it's alright.*Sigh*.Spongebob will never be like it was in the first 3 seasons.The writers are clearly running out of ideas,so might as will end Spongebob after Season 10 is over with.

The animation looked like something from Ren & Stimpy, I also liked the brief continuity nod between Krabs and Mrs. Puff. 8/10

AngelSponge said:
Like I said in the Season 10 topic,i'm gonna give this episode a 5/10.It's just too zany,cartoony,and werid.Also,I don't like the new animation much,it's alright.*Sigh*.Spongebob will never be like it was in the first 3 seasons.The writers are clearly running out of ideas,so might as will end Spongebob after Season 10 is over with.
Click to expand...

Except it won't end after season 10, because season 11 is already announced. Pessimism isn't going to solve anything.

.....Well that just happened. So....this episode was.....uhhh.....different? It was really stupid and did so many things that I hate about Modern Spongebob, but for some reason none of those things bothered me, I actually liked it (I think). I understand completely why someone wouldn't like this one though, it's really weird. It kinda felt like an episode of Rocko's Modern Life tbh (which makes sense since Mr. Lawrence wrote the episode). I don't even know what else to say, this one just left me thinking "WELL ALRIGHT THEN". That animation though!

If lack of quality is what will cancel the show SpongeBob should've been cancelled 8 years ago.

This episode was AMAZING! I thought it was gonna be hard to top season 9's great animation but with this episode season 10 seems like it'll have the most expressive animation for the whole series. It makes the episode as a whole a lot more fun to watch. I thought the plot was really interesting and unique, which is good. SpongeBob and Patrick flying their brains everywhere was just really funny and I love how we got to see Mr. Krabs and Mrs. Puff on a date... That was unexpected, but I was so glad when It happened :druggedkrabs: I hope season 10 continues to deliver great stuff as this was just a really fun and good episode overall.

That was a really strange episode, I liked it 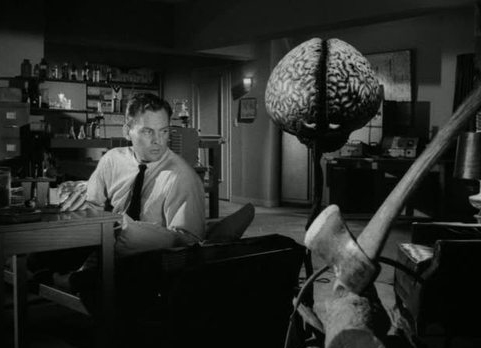 There were so many great and weird things about this episode. It was really unique, really funny, it had Mr. Krabs and Mrs. Puff on a date, what more could you ask for? The only thing that I was bothered by was the story it was a bit flimsy and it didn't feel as layered as a lot of the other unique episodes stories but apart from that it's an amazing episode and it's definitely the best season opener IMO, also the animation was great too.

I think this will be one of the most divided episodes of the show because I've seen really mixed reception from but all I can say it that it was pretty stupid and loud but it was fun? I mean I suppose story-wise it is a really weird episode but I enjoyed seeing SpongeBob and Patrick flying their brains in the air and just have fun with it. You can say it's annoying but I found it fun myself. There were some funny parts like Squidward thinking flying brains are aliens but some parts were just bleh like diaper joke. The fast pacing is probably what made this one so fun for me. It was just a mindless fun (pun intended), I think that's what the episode was meant to. Kruff scene was the best thing about it, hands down. Sure it's forced I suppose but you know, it's a canon now, so I don't give a crap :P
As for the flaws, it was pretty loud at some points, so that annoyed me and I can see how this episode would be so diversive because it's pretty dumbass and loud as hell but some can find enjoyment in this stupidity, some can be very annoyed by it. So depends how you feel.

It wasn't that great. Oh btw already a topic for this
http://www.sbmania.net/forums/topic/55650-205a-whirlybrains/
Posted a month ago or so

I thought it was meh. There were some nice things, mainly the Mr. Krabs and Mrs. Puff scene, but most of it was just okay, and I'm getting annoyed of how crazy the writers make Squidward in these episodes. I'm not saying he never had crazy moments in older episodes, but it takes a lot for him to get there while in these new episodes it feels like he goes crazy every other episode.

Really liked the episode! It was weird it was zannyness as well as still having many good laughs! It to me almost kinda feels like ren and Stimpy (from what I've seen) where it's so crazy and out there that it's just funny watching... The squidward was really weird though... he thinks they are Martians in like a second... Its not out of character but is still doesn't make much sense. Also I loved Patrick in this episode! He was hilarious and felt totally in character! Finally that Mr Krabs Mrs puff thing... was a thing... solid start 8/10 or a good episode

This episode was just so obscure and out there. Very different compared to the rest of SpongeBob episodes, but the weirdness is just so funny. I like how they went toward a more cartoony path (which isn't really seen on as many cartoon episodes nowadays), and the exaggerated animation is just so fun. This episode is full of life, both in humor and in the animation. My only real problems were that some of the jokes fell flat (like the diaper joke), and that the story was debateable (hard to say that I like it or not, it's just so weird....). I'll give it a 9/10.

P.S.: Mr. Krabs and Mrs. Puff on a date was just so cool, HURRAY FOR THROWBACKS!

I thought this was a good episode! Granted it was pretty weird and bizarre by SpongeBob standards, but that's what I loved here. The idea of SpongeBob and Patrick flying their brains was definitely a fun, fresh, and highly unexpected plot, Squidward was hilarious, and I like how Sandy was in this episode. Plus, I literally gasped when Mr. Krabs and Mrs. Puff were shown dating in this episode! Could that mean SpongeBob is beginning to follow continuity?! And Ed Asner did a good job voicing the old man, who was an interesting new character. There were some jokes that put me off like Patrick wearing a diaper as a brain (gross!), but otherwise this was just a fun, weird episode overall. I can't wait to see what new direction season 10 will bring our favorite sponge to, because I'm loving it so far! 8.5/10

By the way, has anybody noticed how different the animation is for this episode? Compared to season 9, this episode seems to have thicker, more organic outlines and the character movements were kind of off, kind of like most season 2 episodes. Not to say it's bad, but it totally caught my eye.