Airdate: September 11, 1999
Season: 1
Directors: Paul Tibbitt (storyboard), Sean Dempsey (animation), Derek Drymon (creative)
Writers: Paul Tibbitt, Mark O'Hare, Peter Burns
Production Number: 9a
Airing Number: 8a
Plot: SpongeBob decides to leave his industrialized sham of a life to live amongst the jellyfish. But things aren't working out. Not only aren't the jellyfish inviting, but since Patrick can no longer have SpongeBob as a friend, he's determined to have him as a trophy and sets out to capture his former best pal!

Random Quotes (View Transcript)
SpongeBob: And Squidward, I want you to have my can opener.
Squidward: Can we please stop this? 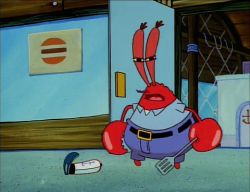 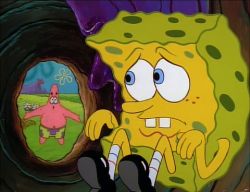 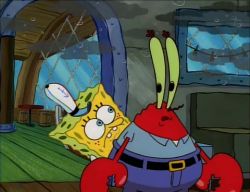